The Cost of Musculoskeletal Pain 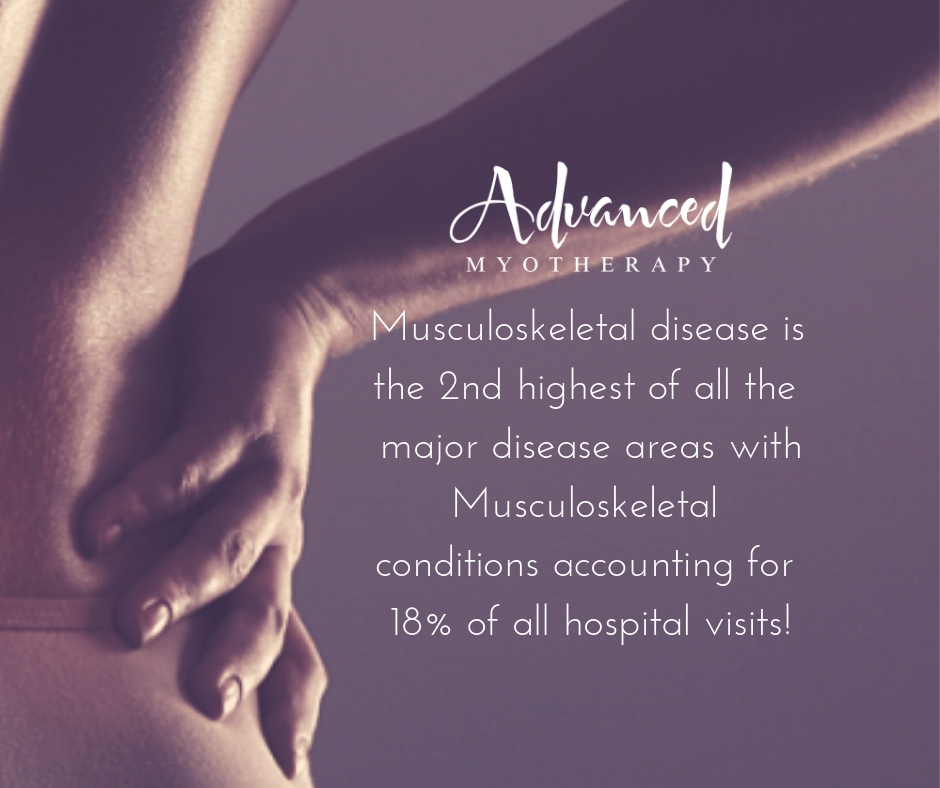 For 6 months, Nazih couldn’t walk properly with all of the pain he was in! After a series of Myotherapy treatments, he was climbing the Dandenong 1000 steps week after week!

Theo was told he needed surgery for Archilles Tendonitis and sought a second opinion at our clinic. He since recovered fully without surgery and is back to playing tennis and chasing his children around, enjoying fatherhood.

Grant had a herniated disc and couldn’t work for many weeks. He was recommended surgery after he tried many different modalities including physio and osteo.

After a series of treatments and a recovery program at Advanced Myotherapy, he astounded the surgeon with the new MRI results showing is spine was healthy, without the disc herniation!

Malina was treated by a Physio weekly for 4 months for carpel tunnel syndrome, tendonitis and fibromialga. In just one session her tingling was almost gone!

Chemain had severe shoulder pain with a twisted nerve at the base of her skull. She had been in pain for 2 months! Went to see the After the third treatment including dry needling all pain and nerve distress was gone!

Many more stories like these include clients who have been able to return to their daily living without pain killers, often for the first time in months!

Harmful drug use continues to be a serious public health issue in Australia with 1,808 drug induced deaths registered in 2016.

Most of these deaths were due to prescription pain killers. Pain medications are highly addictive and the dependance on them can be lethal and debilitating!

Moving Beyond Pain naturally is vital now more than ever as stress and injury related illnesses and pain conditions are on the rise.

Self Care education is our strongest value. If we can help people break drug dependancy where possible..we will!

The cost of pain killers is phenomenal! The cost of pain is a debilitating restriction of lifestyle and mental health. Our purpose for using Myotherapy and Massage is to help people achieve a fulfilling quality of life. Without addiction to drugs and without unnecessary and preventable surgery.

At 18, Leah had 2 car accidents suffering neck and thoracic trauma. She had tried Yoga, Chiropractors for both her pain and scoliosis… and Acupuncture for a number of years before we began her true healing journey. ⠀
⠀
Myotherapy worked like magic and the rest is history (or her story). Self care and healing became such a passion that Leah joined forces with Matthew and built their dream of making healing more accessible for those in pain! ⠀
⠀
So… as you see… Advanced Myotherapy has been built over not only a decade of love and inspiration… but a lifetime of healing and empowerment to overcome adversity through self care! THIS Is (just one reason) why we promote it til the cows come home!

Get 50% off for Referrals