With 20 years of industry experience, you can rest assured Advanced Myotherapy will offer a professional and efficient service.

Since 2013, we have won the service award for every year, so you can have peace of mind knowing we will deliver exceptional services.

We pride ourselves on our strong retention rate. We are always going the extra mile to ensure our clients are satisfied with our services.

We are a family-owned and operated business with qualified myotherapists who will ensure you live pain-free.

Treating elite and professional athletes as well as a wide range of injuries daily, we have a strong focus on corrective care education. Our passion is facilitating injury recovery beyond medical expectation and prognosis. 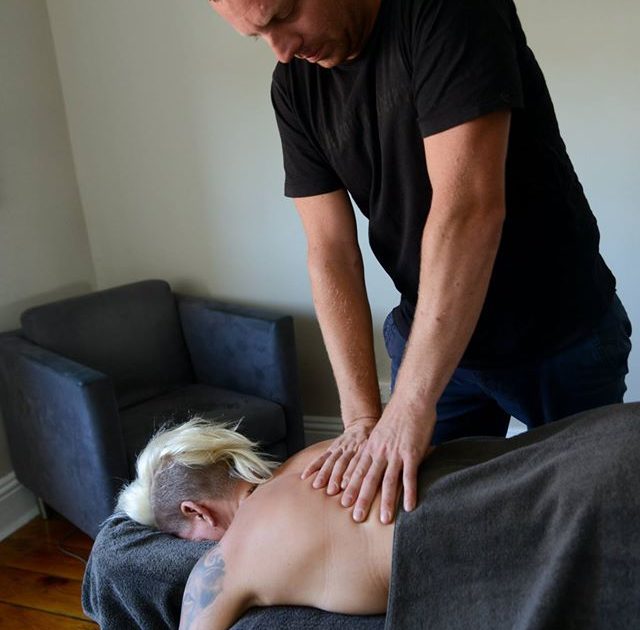 Matthew Cleary is a Myotherapist with 20 years experience, beginning his full time career in 2000. He is also is the co-author of “Self Care Medicine” and “Moving Beyond Pain” with his partner Leah Jade.

Matthew is a Mentor to Myotherapists who has a passion for Myotherapy industry excellence.

Part of the historical AFL success of the Brisbane Lions, Matthew worked with them as they evolved from ‘Fitzroy Lions’ through achieving 4 consecutive Grand Finals, with 3-peat premierships from 2001.

He has been a highly sought after therapist since working with the team for ten years. Offered his own full time clinic with the Brisbane Lions at the GABBA, Matthew chose to stay in Melbourne, opening Advanced Myotherapy.

Matthew has been an event Co-ordinator for the Federation of Massage & Myotherapists (now MMA) interviewed for his career success by NMIT in both 2002 & 2014 and has achieved 7 service awards since establishing Advanced Myotherapy.

Since his career began in 2000, Matthew worked in several 5 star health clubs around Melbourne as a Therapist, Trainer and Manager. He also operated several clinic rooms located in Thornbury, Elsternwick and Brighton before opening Advanced Myotherapy in Carlton in 2008 and a second clinic in 2018 in Yea.

Together with his partner Leah, Author and Therapist, Matthew runs the 2 clinics in Carlton and Yea while homeschooling their young children. Brett studied at RMIT university from 2012 to 2014 and graduated with an Advanced Diploma of Myotherapy.

Through his time at RMIT, Brett has had placement at Melbourne Victory football club, AFL Essendon football club and the recruitment AFL series.

Brett is currently undertaking a Bachelor of Health Science at RMIT and places a high value on personal health and fitness.

Proven talent for achieving the best possible outcome for clients within the framework of Myotherapy to accomplish the current and future goals within the quickest time possible. 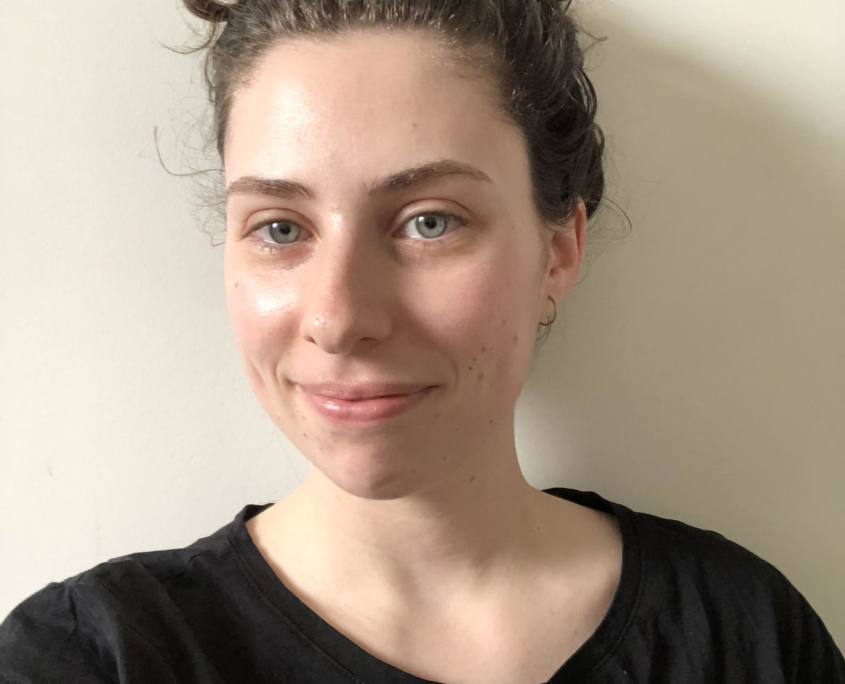 Josie joins Advanced Myotherapy as our most recent team member, with plenty of experience.

A 2018 graduate of Endeavour College of Natural Health, Josie has a Bachelor of Health Science (Myotherapy) and experience treating a large variety of musculo-skeletal conditions. Josie takes no greater pride than seeing the improvements in her client’s health and wellbeing and it genuinely brings her happiness to see their relief when the discomfort is eased and removed.

Josie’s goal is to find and treat the underlying causes of pain through physical assessment and the use of techniques such as trigger point release, myofascial cupping and dry needling in combination with deep tissue work and joint mobilisation

Josie prescribes appropriate self-help exercises and stretches to further aid her clients in regaining control of their musculoskeletal health. 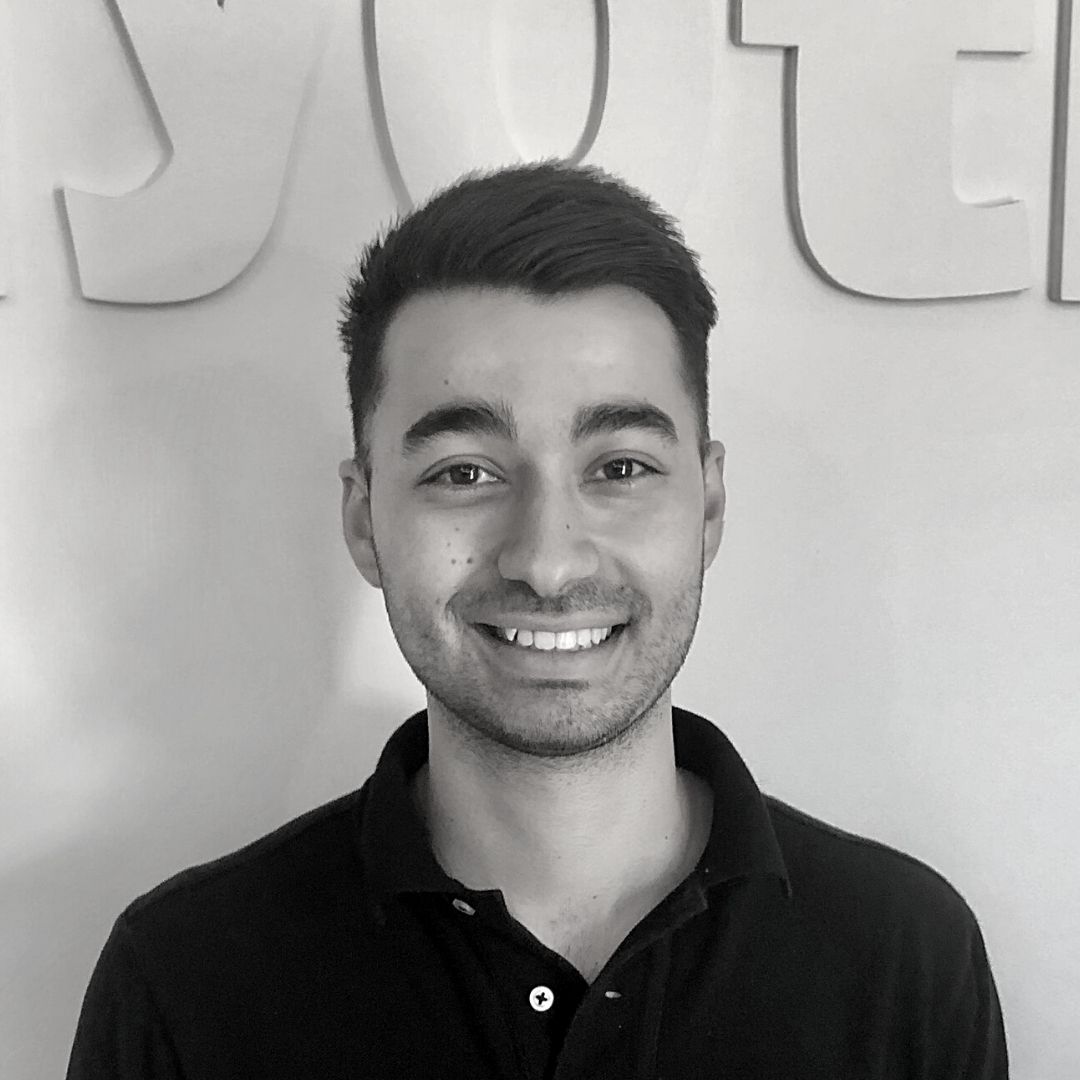 With an Advanced Diploma of Myotherapy, Jamil has 7 years experience in the field and prides himself on his drive and passion. Jamil is is a dedicated full time member of the Advanced Myotherapy team.

In his spare time, Jamil’s passion is playing soccer and walking his dogs.

“I went in and I was struggling to walk and bend over from a major sore back. An hour session later with Jamil and I walked out feeling amazing. 24 hours later I was back playing squash and most of the pain had gone. A second session a week later and I made a full recovery . The treatment by Jamil was very professional . He explained himself and ensured I was very comfortable. Thanks Jamil . Your a star.” – Nazih Dib

“I’ve had recurring injuries that couldn’t be fixed from previous doctors, physios, you name it! But, advanced myotherapy and specifically my myotherapist (jamil) solved all these issues… and I couldn’t be happier. I really enjoy the intriguing aspects of cupping and acupuncture. I really recommend this to people who can’t resolve their physical injuries/issues. Thank you!! 5/5” – Oliver Kmita 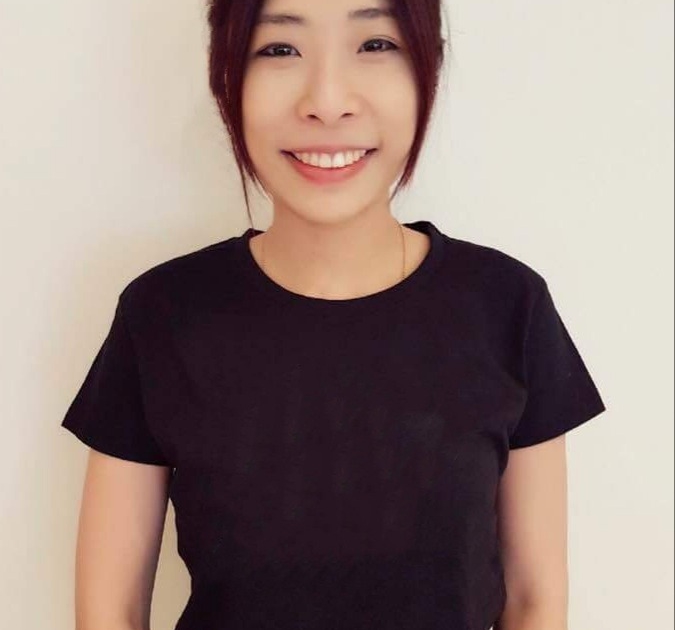 Josie is a qualified Remedial Massage Therapist, Aromatherapist and Clinical Hypnotherapist who we are excited to have join our team.

Josie uses a range of techniques in massage and myotherapy including passive stretching and educating them to employ specific self care at
home.

Her focus at our clinic lies in making a valuable contribution as a skilled
muscular health consultant and practitioner. 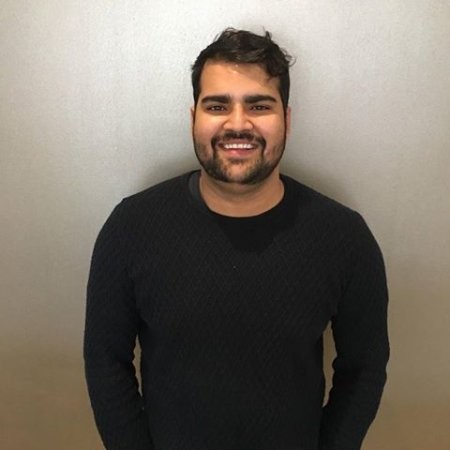 “Phenomenal treatment with Craig @ Advanced Myotherapy, Northcote!
It was fantastic to have such an engaging person heading up my treatment. Craig listened to my history, treated with a rounded approach (massage and dry needling) and provided exercises for me to take-away.

I had no idea my posture was the root cause of so many problem areas (glutes, traps, neck, shoulders etc.). It just felt like my entire body had been ‘reset’ much like when starting up a computer. I had dinner plans right after the treatment and even the crew commented on my glow 🙂 Well done to Craig & Advanced Myotherapy, Northcote; I will return!” Will Choi 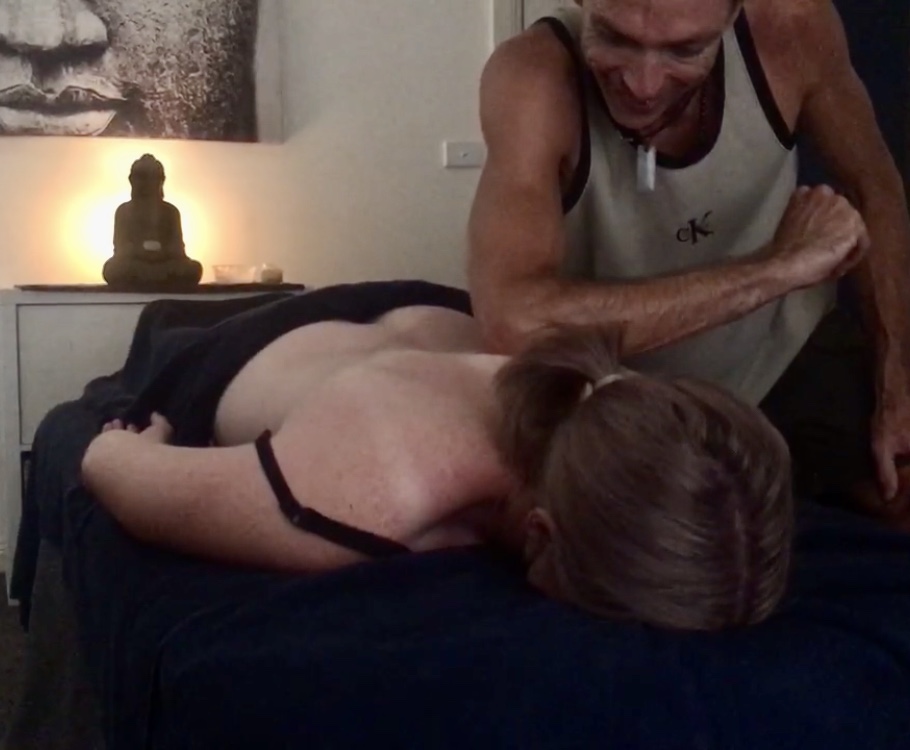 With 8 Years experience and a therapist & Yoga teacher, David offers personal experience in recovering from debilitating pain conditions using the very modalities he now incorporates as a therapist.

Inspired by the transformation both he and his clients have been able to make in moving beyond pain, David has built a fantastic reputation among his clients since making a dramatic lifestyle and career change from being a software engineer a number of years ago.

Diagnosed with scoliosis and fibromyalgia himself, David offers personal insight into what it takes to manage pain and realign the body naturally. Previously a Basketball player, David also understands athletic injuries and recovery principles well. His experience as an athlete himself lends itself well to Advanced Myotherapy’s sporting injury recovery clients.

“I came for chronic back pain and had a session with David and he was very professional and gave me helpful advice to look after my back.” -Leo Palacio 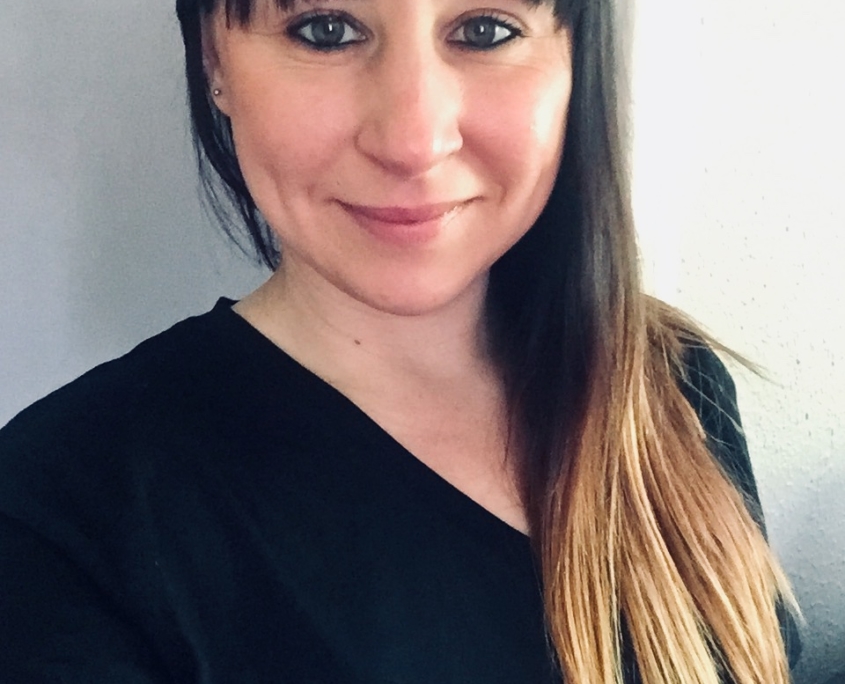 Chantal is a fully qualified Myotherapist and Remedial Massage therapist. She also studied Naturopathy for 4 years and has in-depth knowledge and a keen interest in nutrition as medicine.

As a Reiki practitioner, her style of massage is very intuitive as she strongly believes in the connection between the physical and emotional body and how dis-ease can manifest. Chantal gains satisfaction from making a positive difference in the well-being of others.

“My experience was very positive, starting with a very easy booking process. The space was beautiful and calming and I felt comfortable and at ease almost instantly.

Chantal was warm and understanding when listening to my concerns, and guided me throughout the process so I always knew what to expect and how to breathe through the massage.

Chantal also offered great advice on self-care at home and relevant referral points. After the massage, I felt like a weight had been lifted off and I could breathe again! Would highly recommend Advanced Myotherapy to anyone.” – Catherine Harris (Upper back pain and tightness in chest) 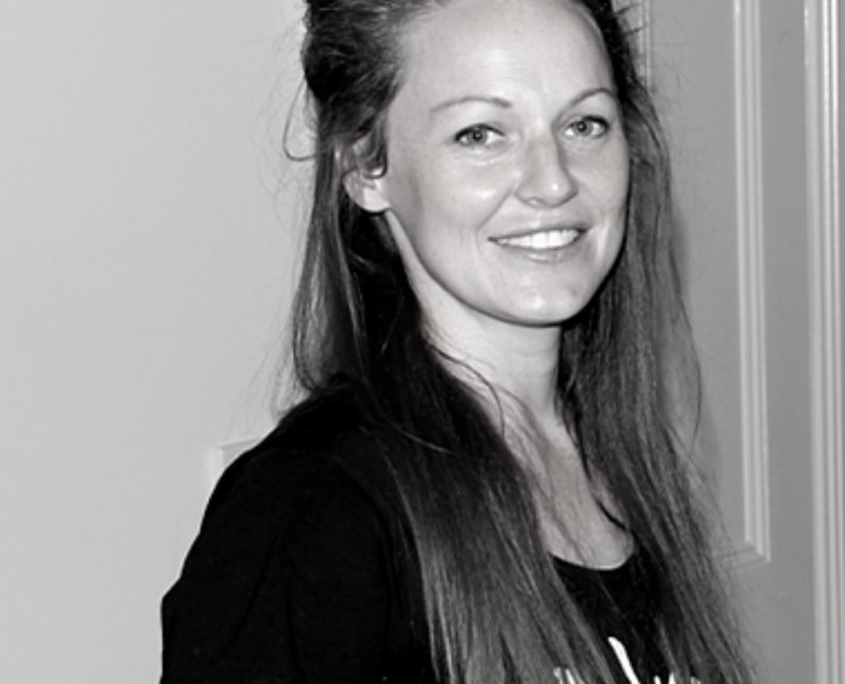 Leah Jade is the Author of a number of books including The Sacred Psychology of Healing, Self Care Medicine, Moving Beyond Pain and Heal Yourself and is a co author of The Book of Inspiration for Women by Women.

After becoming a Qualified Traditional Feng Shui Practitioner in 2003, Leah entered Natural therapies in 2006 with Reflexology and Flower Essence therapy and obtained a Diploma of Holistic Counselling in 2008 as well as level 3 Reiki Natural Healing accreditation.

In 2009 Leah became a Massage therapist before also entering the Mental Health field in 2010 as a Youth Worker in Drug Rehabilitation. 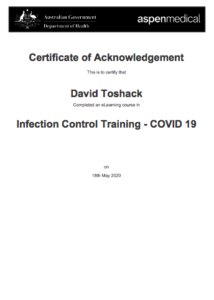 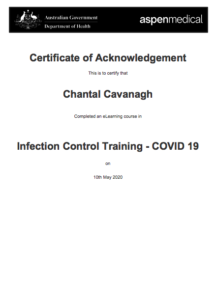 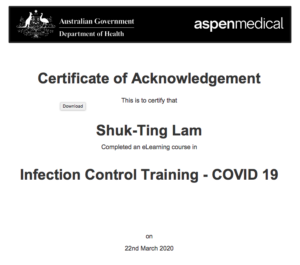 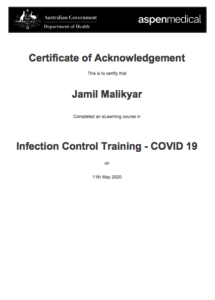 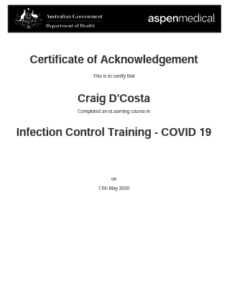 Transform your life through the simple art of self care! Be your best self with practical lifestyle solutions and inspiration!
Your information will *never* be shared or sold to a 3rd party.